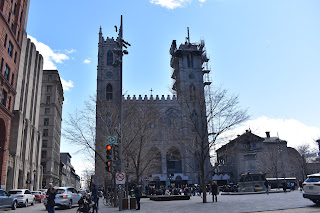 This past Easter weekend, Ally and I drove from Boston to Montreal for two days and then drove to Acadia National Park for another two days. It was a great vacation and we got a lot of steps under our feet even with 17 hrs of combined driving. The idea of this vacation was rather spontaneous. A few weeks ago, we discussed the idea of going out on a little trip since she had a few days off from work. In the beginning of the conversation, we considered NYC, DC, and more southern cities to get a bit more warmth and sun. However, the idea of visiting a city with a different language and a national park won over those ideas.
We spent our time in Montreal asking people in cafes if they spoke English; we also visited the Notre Dame cathedral, old Montreal, Mont Royale, the great subway system, and a few public markets as well as an art museum.
We left late on Sunday and drove straight to a rest stop outside Bangor, Maine. There was a three hour stretch of time where we were in the middle-of-nowhere with deep, thick pine forests all around us. As the sun set over the forests, we saw large mountains off in the distance. At the rest stop we slept in the back of the car and then visited a Denny's in the morning. Following this hearty breakfast, we hiked two mountains at the park (including some rock faces) and we were amazed by the views. The following morning we got up early to summit mount Cadillac at sunrise. We took the north ridge trail up the mountain and it was astounding.
Great trip :) 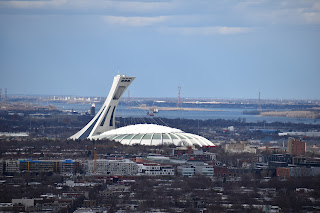 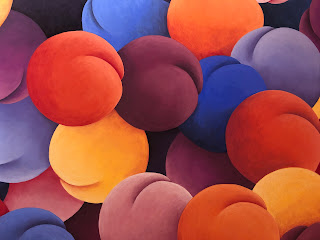 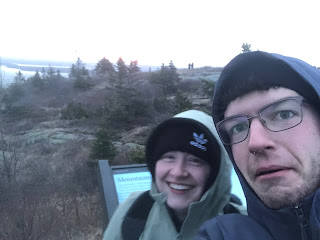