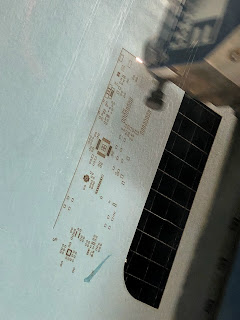 I've never seen someone make a PCB stencil out of any sort of felt material but apparently it can be done. I was on-shift at MakerWorkshop yesterday when I noticed someone creating this design for a digital hack of theirs.

It's the fourth week of the semester and things are flying by, it's crazy how fast things move when you're constantly learning and building things. 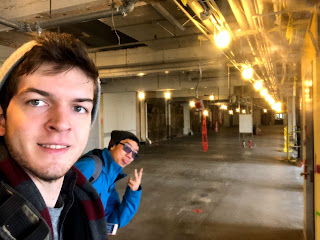 Johnson and I walking through the construction of the chemistry labs 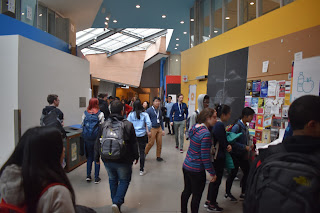 Blueprint 2019 faire at the Stata Center 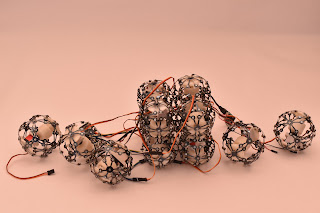 This Friday is the end of the third week of my Spring 2019 semester. I have been having a good time so far with my myriad of tasks, goals, projects, classes, work, etc. My planning has been thankfully fulfilled by a packed Google Calendar.

I have been working out more often these days to stay fit. MIT has an odd habit of taking the physical activity out of a lot of its students. 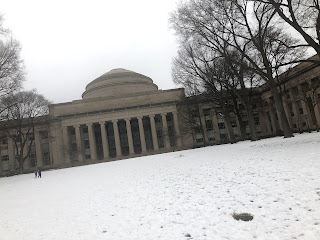 The Great Dome, midday in the snow 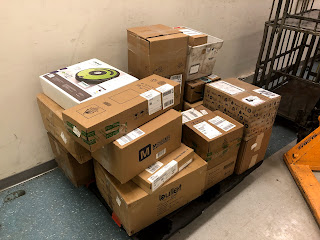 Packages for MakeMIT are starting to come in 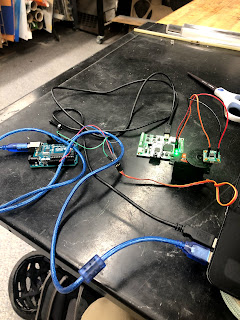 The rocket team is planning to use a set of evaluation boards produced by Analog Devices for the upcoming rocket test. These boards will save data to let us know information about the rocket's travel during launch. These sensors hold tiny MEMS devices which adjust the output voltage on the chip according to the acceleration they feel. 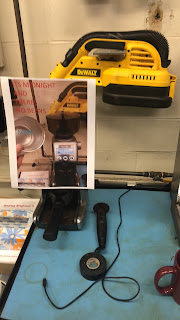 we ran out of coffee at work 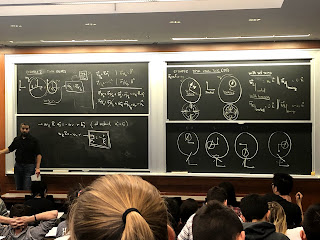 Robots and Board Games 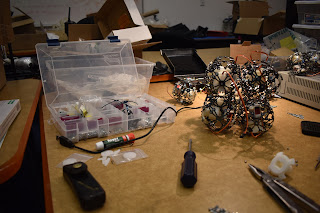 I have been doing some data collection with my auxetic robots I built in the Distributed Robotics Lab at CSAIL (Computer Science and Artificial Intelligence Lab). They are fun to actuate but very time consuming. There are about 40 M2 screws in each ball. 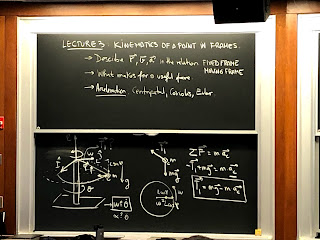 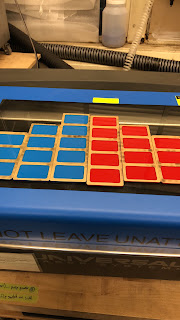 Pieces from my new board game, details to come 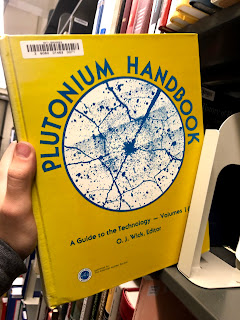 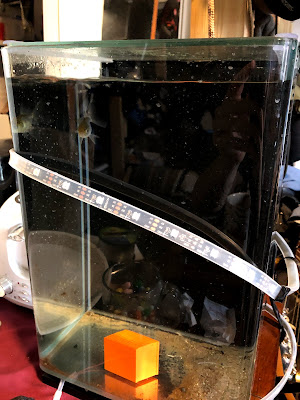 As can be seen in the upper left of the tank, I recently got a pet fish. After 22.033, I was left with a glass fish tank because we used one to show off our project. The fish is a Blue Oranda so I am calling it 'Blue'. Hopefully it enjoys the 3D printed objects I place in the tank. In this case, a 3D printed cross section of reactor fuel is at the bottom.

An oranda is a breed of goldfish characterized by a prominent bubble-like "hood" on the head. The headgrowth or hood (also known as wen or crown) may be a prominent growth on the top of the head (cranial region) or may encase the entire face except for the eyes and mouth.

When Oranda's were first imported from China to Japan it was mistakenly thought to be native to the Netherlands, and was therefore dubbed the "Holland Lionmask", "Dutch Lionhead", and "Netherland's Lion Head" (オランダ獅子頭), from which its English name "oranda" derives.

6.041 is focused on probabilistic systems analysis. Under the Electrical Engineering and Computer Science department, the material covered is foundational to many engineering and mathematical disciplines. Fig. 1 A histogram created from the results in the RNG I wrote in python. Link

Typically, checking the mean of a distribution is the first step towards checking random generation. The mean should sit close to the median of the data (about 4.5 in an even set). This is because the distribution should follow the Discrete Uniform Probability Law.

A random number generator (RNG) is a device that generates a sequence of numbers or symbols that cannot be reasonably predicted better than by a random chance. Random number generators can be true hardware random-number generators (HRNG), which generate genuinely random numbers, or pseudo-random number generators (PRNG) which generate numbers which look random, but are actually deterministic, and can be reproduced if the state of the PRNG is known.
Various applications of randomness have led to the development of several different methods for generating random data, of which some have existed since ancient times, among whose ranks are well-known "classic" examples, including the rolling of dice, coin flipping, the shuffling of playing cards, the use of yarrow stalks (for divination) in the I Ching, as well as countless other techniques. Because of the mechanical nature of these techniques, generating large numbers of sufficiently random numbers (important in statistics) required a lot of work and/or time. Thus, results would sometimes be collected and distributed as random number tables.
Several computational methods for pseudo-random number generation exist. All fall short of the goal of true randomness, although they may meet, with varying success, some of the statistical tests for randomness intended to measure how unpredictable their results are (that is, to what degree their patterns are discernible). This generally makes them unusable for applications such as cryptography. However, carefully designed cryptographically secure pseudo-random number generators (CSPRNG) also exist, with special features specifically designed for use in cryptography.
- February 06, 2019 No comments: 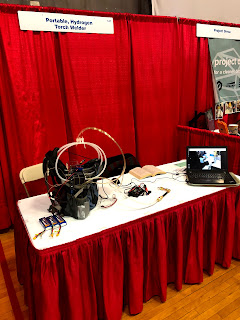 Today has been an interesting day thus far. I started my day off by heading to xFair with my ProjX project. xFair is an event held in the DAPER athletic complex on the west side of campus where a variety of companies are present to scope out talent across the entire institvte.  ProjX is a branch of the student group TechX which seeks to fund small student projects for their edification and aims to better the world around them with neat things.

My friend Joseph and I worked on a Oxy-Hydrogen producing hydrolysis cell that is small enough to fit inside a backpack. The oxy-hydrogen gas builds up and moves through a set of teflon and nylon tubing pieces to a welding torch (after passing through a bubbler to reduce flames from travelling to the cell). The flame at the welding head is concentrated enough to cut aluminum pieces apart. 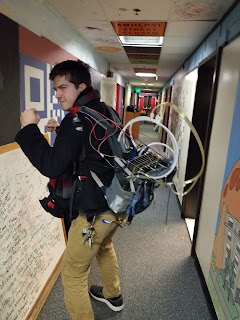 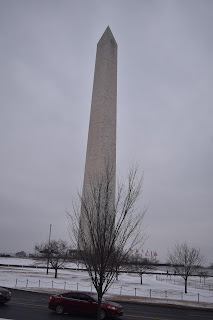 Visiting DC in person after absorbing the National Mall through TV and movies details a shift in perspective. Things seem much bigger when you start walking between the various museums, governmental agencies, and historical sites. 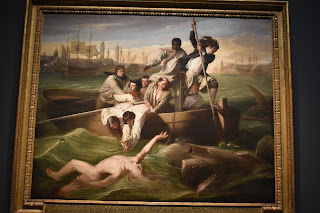 My favorite painting of the National Gallery 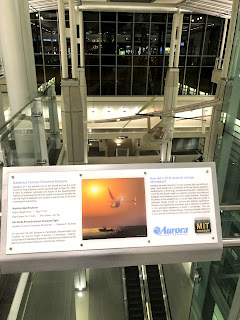 Before school starts again on Tuesday, I will be in Washington DC for today, tomorrow, and part of Sunday. Mr. John Kelly of the Amerian Nuclear Society is kind enough to host me at their residence while I visit the ANS offices in DC and sites around the area. He has had a variety of amazing experiences in the nuclear sphere of influence and I appreciate hearing about them. 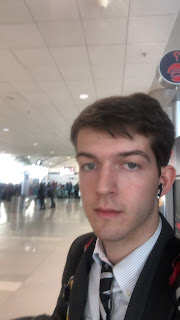 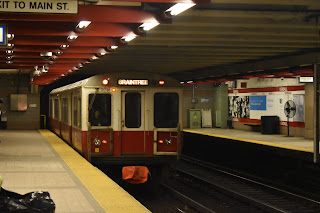