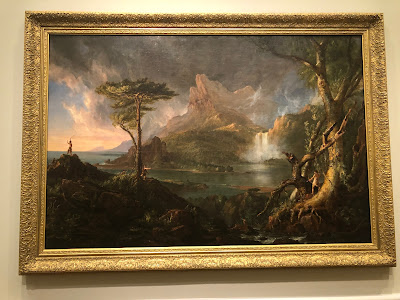 Thomas Cole painting at the BMA, painted prior to his famous series on civilization
On a work trip, I spent the last few days in Aberdeen, Maryland, near Baltimore. My company Physical Sciences, Inc. developed an atmospheric water extraction device and since I had a large role in the mechanics, electronics, and testing of the device, I was a prime candidate to unpack, prep, and train a group at the Army Test Center to use the PSI device. The Army Test Center (ATC) operates within the Aberdeen Proving Ground (APG), a multi-branch base with an airfield, firing grounds, and soldier training facilities. It is one of the few places in the US where live tank and howitzer ammunition is fired. As I trained staff of the ATC on how to operate the atmospheric water extractor, I would hear booms and feel shockwaves from a mile or two away. I had a good time and met some very interesting people who help make sure the US armed forces use reliable and quality gear. I learned a lot about what features make a good system for field use. I might have to come back down to Maryland if something breaks, so hopefully that doesn't happen. My brother will be shortly on his way back to Fort Stewart near Savannah, GA. He has been spending hours and hours in Germany on special deployment. Hopefully he doesn't have to go back to where he was sent for work either. I'm guessing the Ukraine-Russian war ends in a messy ceasefire with the pre-war borders. It seems to me to be a complete waste of people and resources for some ideologues in the Kremlin. Too unfortunate for the working people of both nations.
I got a rental car for my time near Baltimore. The total cost was > $700 for the whole week! They tacked on a hundred in fees, a hundred for being 24 years old (and not 25), and another hundred in taxes and millages. Rather a lot, I think? I haven't had a conventional rental car before. I used to use ZipCar in the Boston area, but cancelled my subscription after I got my Rav4.
On the last day of my trip, I visited the Susquehanna State Park, walked part of the Mason-Dixon trail, and saw the Baltimore Museum of Art. All in all a good trip. 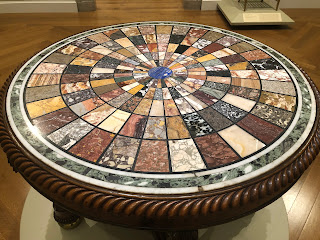 Cool table at the BMA 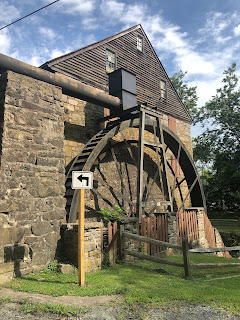 Grist mill by the Susquehanna river. Used to be owned by the family of a dirty union army turncoat 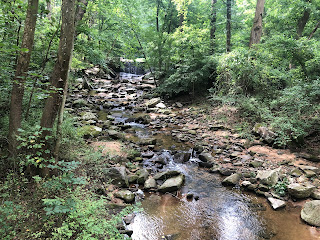